Exploring the Megatron and other Sheffield secrets 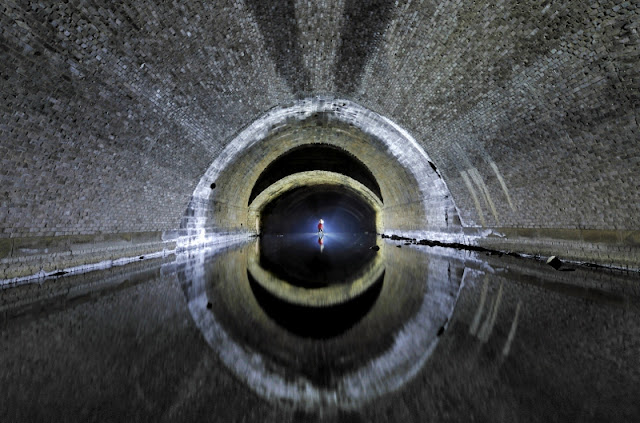 Deep underneath Sheffield city centre - below Park Hill, the train station and Ponds Forge - three rivers meet in a Victorian-engineered subterranean cathedral, built to protect the city from devastating floods.
A soaring arc of brick, these huge vaulted tunnels were built in the 1860s as culverts and storm drains for the Sheaf, Don and Porter Brook rivers. They converge in the middle of Sheffield and after heavy rain they would frequently flood the centre of the young industrial city in the nineteenth century.
Better to be safe than sorry, the Victorian spirit of bending nature to their will engineered a series of vast, brick caverns into which the rivers now flow.
Forgotten by everyone, apart from one or two Yorkshire Water engineers, these tunnels have been re-discovered by an intrepid group of people. Calling themselves 'urban explorers' these climbers, photographers, pot-holers and cavers have been trying to access and document some of the built environment's lost wonders.
"I have always had the urge to explore and look beyond the boundaries set down by society," said Freddie Dennington, 22, from Thame in Oxfordshire. "By exploring this can be tied in with art photography but the clincher for me is the pure natural high gained from a good old adrenaline buzz"

There are roughly 6000 empty buildings in Sheffield. Most are boarded up terraces and semi-detached shells in the housing estates surrounding the city. Some, however, are historic and unique places that tell their own story and show how the city has developed over the years.
The Abbeydale Picture House in Nether Edge is an example of an old, forgotten, derelict building that has stood empty for years and has now been saved and re-opened for the community. However, there are still countless famous Sheffield landmarks that stand completely empty and unused today.
The Hallam Tower Hotel on Fulwood Road has been empty since 2004. It is owned by a building contractor called Hallam Grange Ltd and despite being granted planning permission for a conversion into residential fats in 2009, the building has been left to rot for nearly ten years.

The City Council have decided recently the exterior of the building is an 'eye-sore' and a blight on S10's leafy, stone-built facade. They would prefer it is either cleaned up and sold off as luxury flats or erased from the skyline.
For many locals, however, it is a cherished landmark and reminder of a swinging past. The tower was opened in 1965, just in time for the influx of visitors to Sheffield for the 1966 World Cup, and was a symbol of the city's regeneration into a shiny, modern city. An advert for the Ford Galaxie 500 was filmed outside the new hotel, complete with Twiggy-esque Sixties models sporting futuristic white outfits. 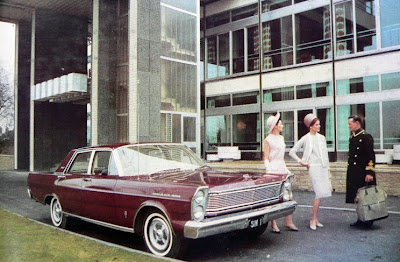 Now it is empty and unused, urban explorers have been inside the building many times and documented how run down the interior has got. If the outside looks shabby, the inside is much worse. Piles of desks, wiring, old forms, mouldy cardboard and pigeon mess lie everywhere. Once you get to the upper floors, however, you are rewarded by stunning views over Sheffield.
Hallam Tower, which is now called Sheffield Holiday Inn West, is owned by a building contractor called Hallam Grange Ltd, which is based on a farm in Bradfield. The director of the company, David William Hague, who is also the director of five other companies at two different addresses, declined to comment on any plans he may have for the building. A planning application to turn the building into residential flats was awarded in 2009 but no significant work has begun. 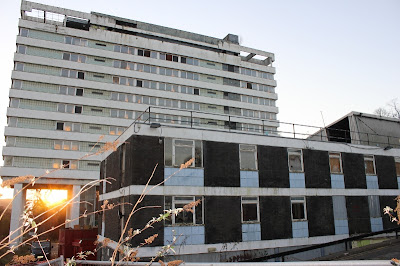 The old Grosvenor House Hotel is another huge building in Sheffield that has been left empty. Although a lot less glamorous than Hallam Towers in leafy Ranmoor, this City Centre tower block is recognisable to most locals and is widely considered an eye-sore.
"I worked there for 3 years until it shut down in 2010," said Dale Platts, 25, from Sheffield. "To be honest it seemed to be running itself into the ground so I think the owner closed it before it completely lost its reputation."
South Yorkshire Police have been using the building for police dog training, so it is not completely disused, but the sight of a large empty tower block in the middle of a city makes many people's blood boil.
"I just think it's such a shame when you see a a whole tower block empty in the middle of a city centre," said Freddie, who has been an urban explorer for three years and went down into the Megatron last Summer. "If they've lied empty for over two years I think they shoud be opened to the public, for anyone who wants to renovate a room and make it into a studio space, or make a home if they're homeless. Until the owner starts making a use of it it shouldn't be off limits."
Across the road from Grosvenor House Hotel, Telephone House, the old BT building, is three times the size and has been empty since 2010. Rather than being an old hotel, this imposing, square block is remembered by many as somewhere they used to work. A major employer in the city, BT nevertheless kept a high turnover of temporary workers, much like the Dixons call centre in Nunnery Square, and many regard the building in less than affectionate terms.
"Yeah I know people involved in urban exploring who used to work there, so they have a personal connection to a building that's now completely empty," said Freddie. "It's kind of a sad thing. I don't think they necessarily enjoyed their time there but they would love to go back in and see what's happened to it."

As well as simple curiosity, a desire to make use of empty buildings, no matter how superficially ugly they are to modern eyes, is the driving force behind the urban explorer movement. Many have been involved in squatting in the past, and the occupation of an old Salvation Army building in the centre of Sheffield by the Occupy movement involved many urban explorers.
"We squatted an old Salvation Army building as part of Sheffield Occupy," said a man who is known as 'Bear' and would not give his real name. "I've been involved in urban exploring for years, so with a few mates it was easy to get in. We re-named it the Citadel of Hope and opened it up to the community as a space where alternative ideas could be shared and solutions to the inequality we see around us could be discussed."
Re-using and sustainability aside, exploring underground tunnels like the Megatron shows the innate curiosity of urban explorers. It would be extremely difficult to make any use of a flooded tunnel, even some of the older tunnels not immediately being used as a storm drain. 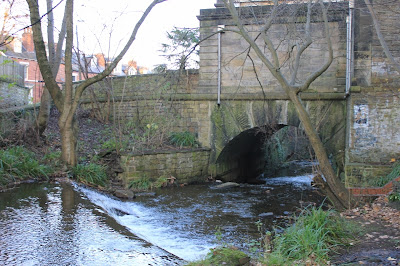 Sense of the unknown

Robbie Shone is a world renowned adventure and cave photographer who used to study in Sheffield. He developed his love for the underground world during his time here and can sympathise with the urban explorers desire to re-discover abandoned or hidden places.
"It began as a pastime whilst at Sheffield Uni, something to do at the weekend, then came the photography in the caves as an art and making pictures where there is no light whatsoever," said Robbie. "The appeal is the sense of the unknown. Simple as that. The thought that nobody can tell you what you will find as it has never been seen before. More people have been to the Moon than some of the places I have photographed."
"I was amazed by the press reaction to my photo of the tunnel reflected in the water," he continued. "They deciced a storm drain underneath Sheffield was far more impressive than the world's largest cave chamber in Malaysia, or one of the world's largest natural shafts in China, or the crystal clear waters flowing through arguably the most impressive river cave in the world: Clearwater Cave."
Places like the Megatron are fascinating once they're uncovered for people to see. In a different way, large buildings like Hallam Towers and Telephone House make people who remember them curious because they are no longer in use. Many feel it is a waste to let these buildings stand empty and call for them to be handed over to community groups during the time they are lying derelict. Others argue it is the natural evolution of the urban environment that some buildings out-grow their usefulness and are eventually levelled, or redeveloped.
Urban explorers will always be there to remind us of places people have forgotten. They can lead us to question how the urban environment can be moulded and occupied, without the consent of officials or the profit-making might of construction companies.